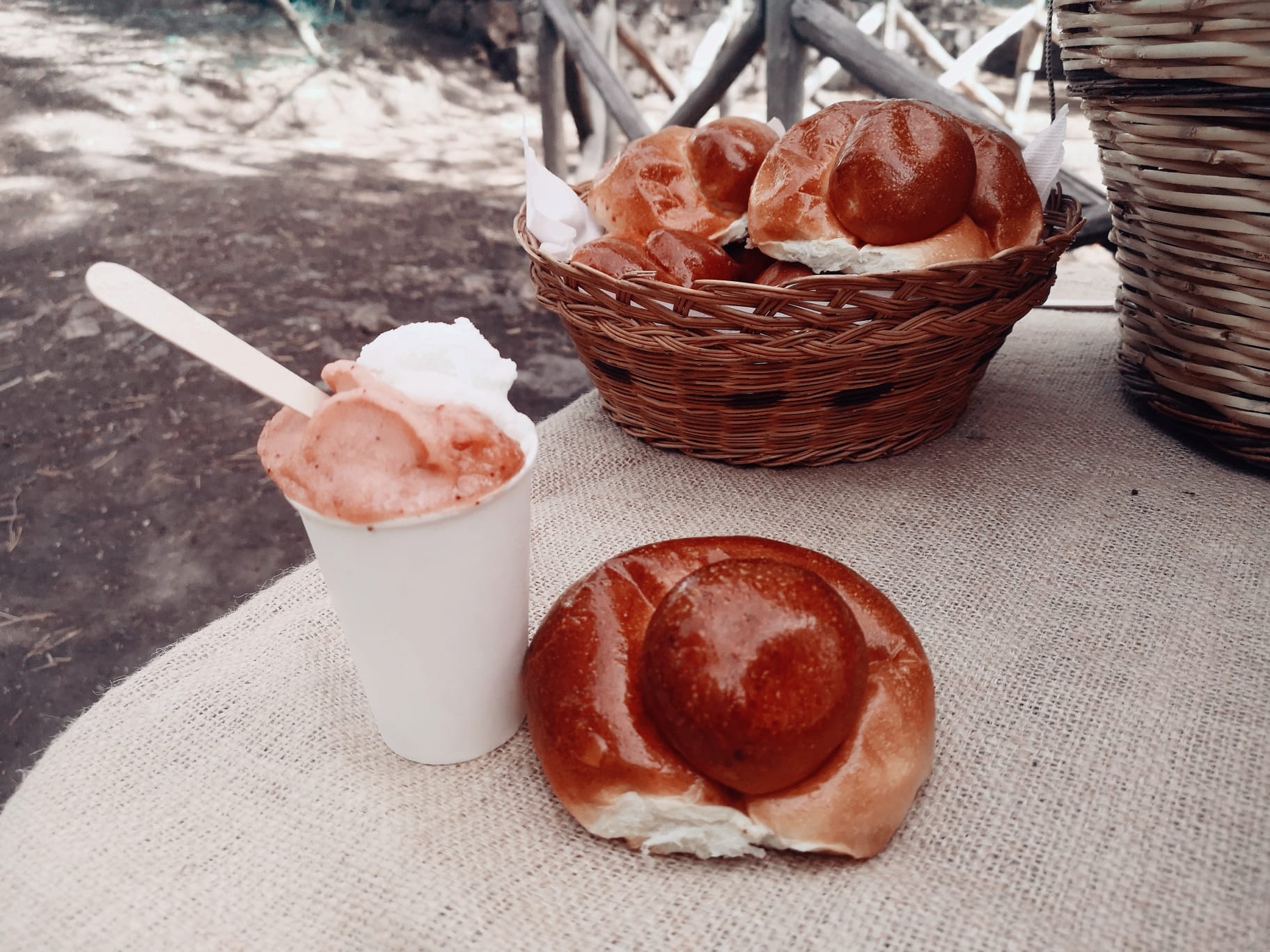 So many summers spent in a fabulous little house in Fornazzo! So many memories in that Etna village where vacationers and locals met every year to experience the most beautiful adventures.  My home was a snowshoe and still today it has a whole basement that was used for snow conservation.

For Sicily, with its long seasons and its infrequent rain, makes snow a precious asset as much as a necessity to face the summers. Before the advent of the freezers, the best place to live was where snow was easily accessible and abundant. This was certainly the foothills and, obviously, the Catania area with its peak of excellence: Mount Etna.

In this area, as elsewhere, people worked in cooperation to ensure an abundant annual supply of snow: from storage, to transport, to use. Sicilians worked together. The uses for snow were quite varied. They ranged from food storage, to cooking. But only for the richest families, as snow was almost a luxury item! And also for medical use.  Not only for the people of Catania: the snow of Etna reached as far as Malta.

In Sicily, the collection of snow and its marketing has been practiced from Palermo to Trapani, from Messina to Catania, Syracuse and Ragusa, since ancient times;  but only from around the middle of the sixteenth century.  We have documented and reliable evidence. It was an activity that allowed the citizens of these centers, unemployed in the winter, to supplement their meager income, and the owners or renters of the snow houses to obtain substantial earnings in the summer months.

This was the profession of the “nivarolo”.  Snow, which became ice due to an accurate and tested method of preservation, was widely used in the seventeenth century, when it was used to freeze water and mint or lemon syrups, and to soothe the summer heat, in the form of exquisite sorbets (our Granita).
Ice was an excellent remedy in some diseases with high fevers for which doctors prescribed the cure of “lu friddu.”

Overtime, drinking fresh snow water became a pleasant and unavoidable need.
Between the middle of the century XVI and XVII, snow consumption became massively popular.  And they began to dig or build snowfields on the tops of the mountains or inside some houses. The snow was preserved and in the summer it was collected and compressed, wrapped in jute sacks and sprinkled with ferns that maintained its temperature and descended with donkeys to Catania where it was then marketed.

A Neviera Cave is the ‘Cave of the Thieves’ where Glam Sicily organizes one of our favorite experiences: the demonstration and tasting of granita made with the ancient method with ice and salt! 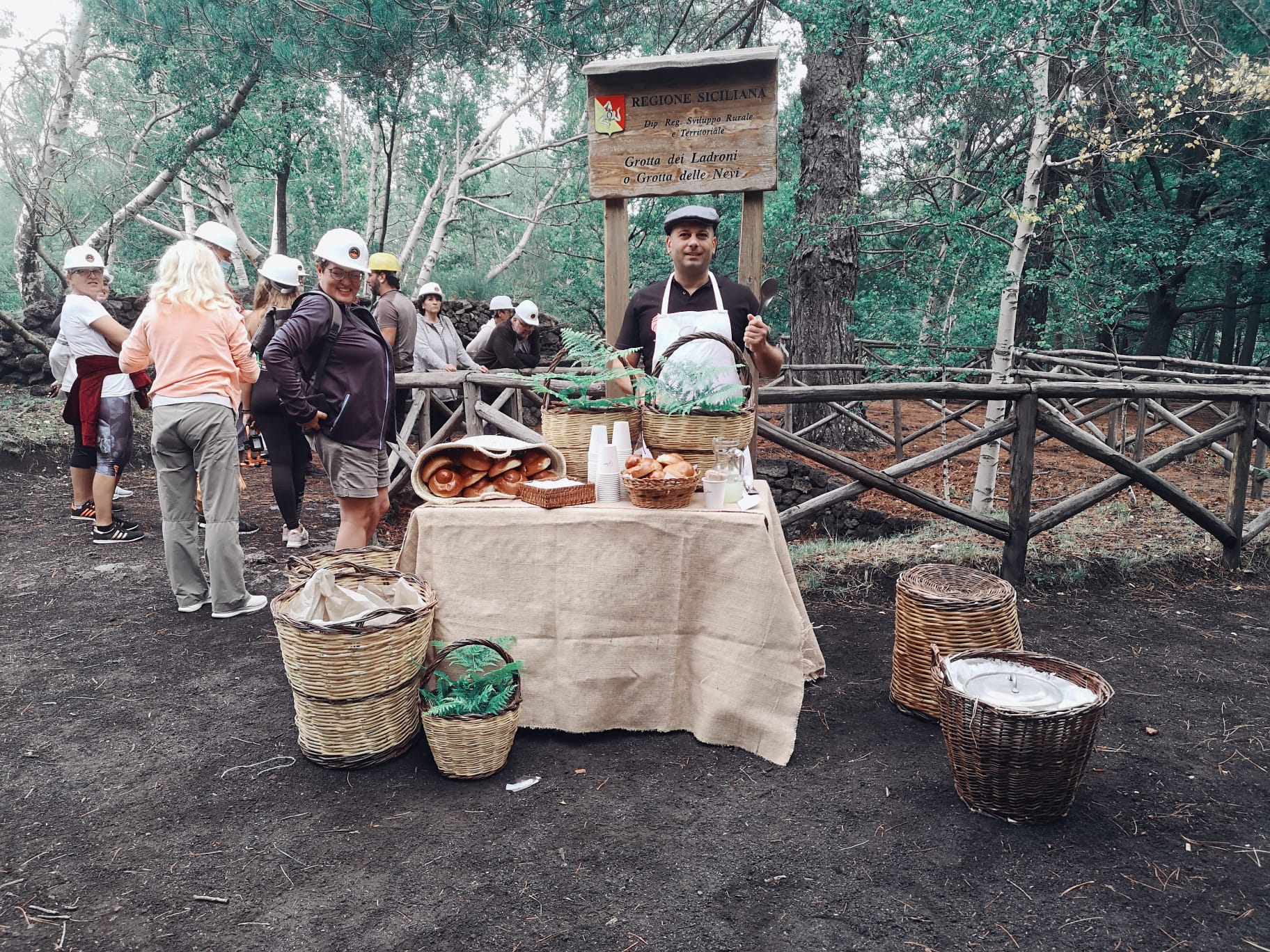 Method:
Put some crushed ice mixed with coarse salt in a very large container.  Place a steel container in the center of the container until the edges are covered.
Mix the lemon juice with the sugar and water together and pour the resulting liquid into the steel container placed in the center of the ice.
The salt allows the ice to reach very low temperatures.
At this point, rotate the container clockwise and at a constant speed until the liquid begins to solidify in the walls, with the help of a spatula, mix until the desired creaminess is obtained.
An ancient method for the preparation of a very good granita!  Lemon juice can be replaced by other flavors of your choice! 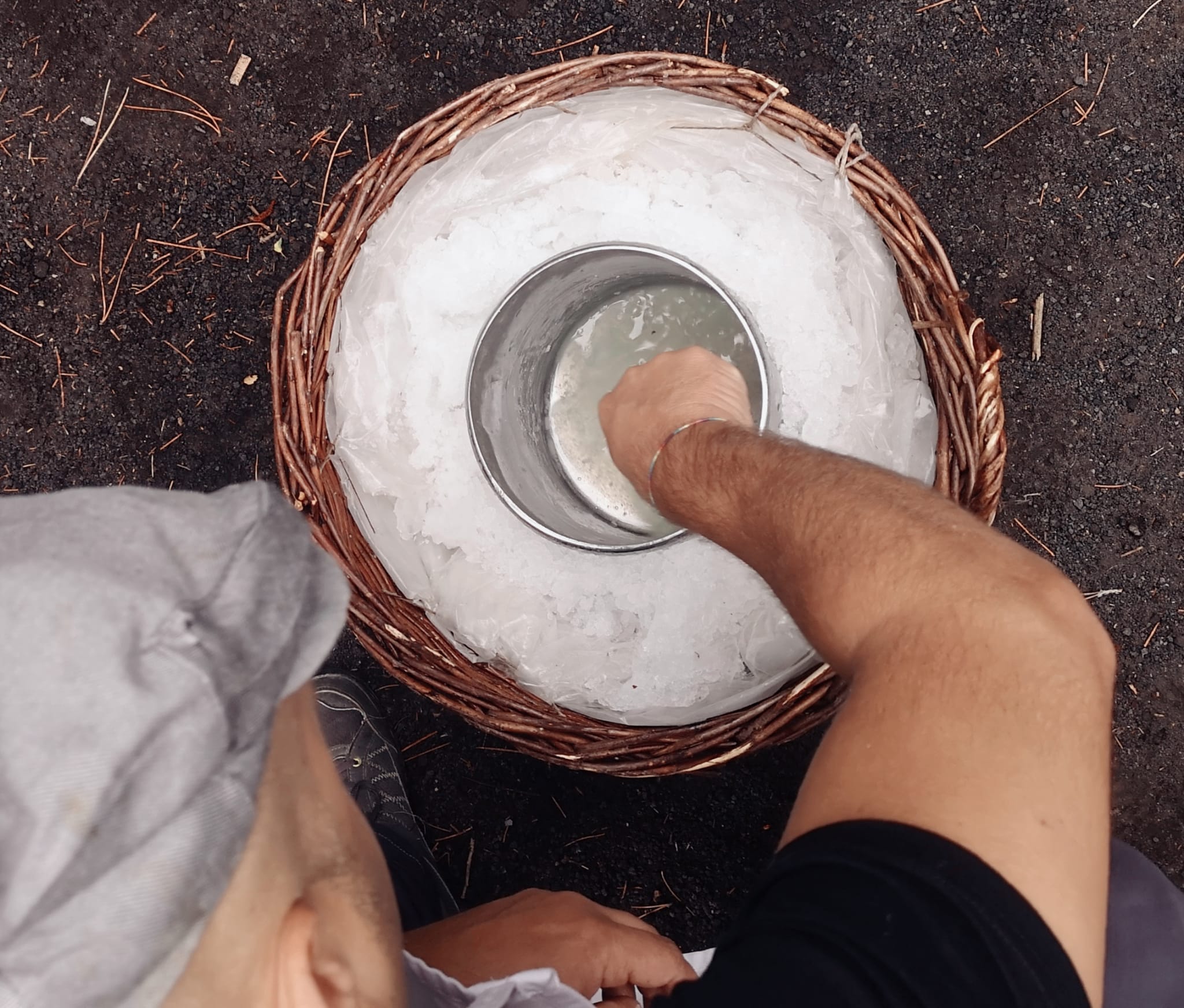